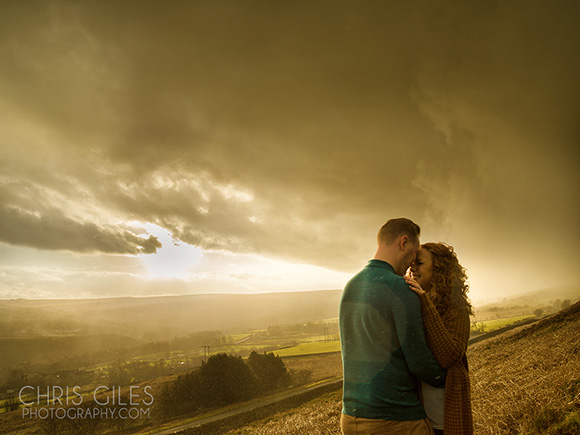 The Pentax 645z camera has, hand on heart, the best image quality I have ever seen on any format, with any sensor, ever. The images have a certain look and feel to them unmatched on any other camera unless it shares the same sensor. The next camera with this sensor costs almost three times as much when you factor in the body as well.

It’s very hard to justify buying the Hasselblad or Phase systems in light of this when you consider the CMOS sensor, the heart of the system, is the same but has higher ISO available and this dynamic range: 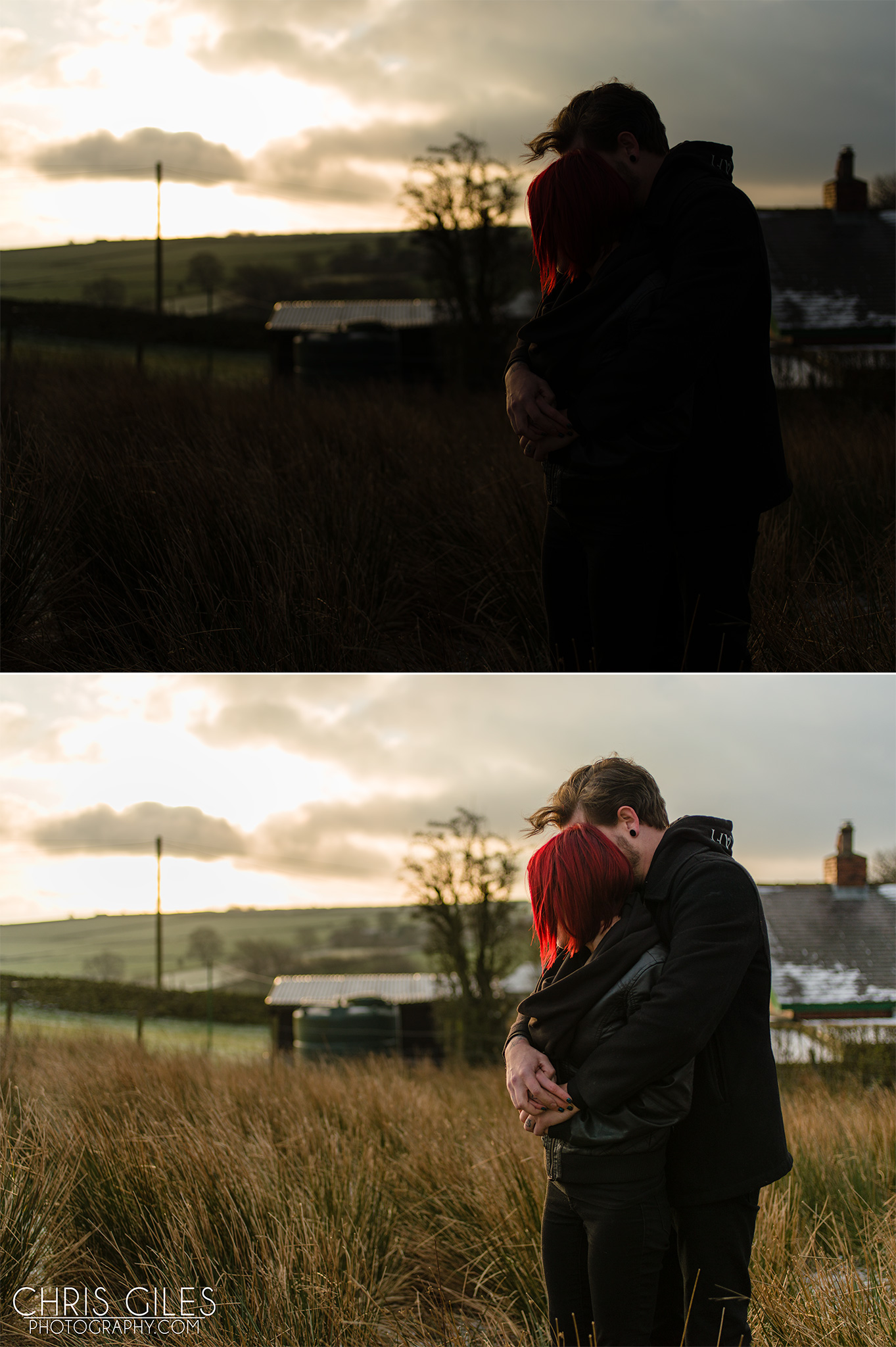 The first thing that hits you when you have the camera is just how DSLR like it is, but I guess it is a DSLR. Some of the comparisons might surprise you but the camera body itself weighs only slightly more than a Canon 5D3 and about the same as a 1DX.

The grip is deep and comfortable, as mentioned above the feel is very much like a 5D3 type of body and firing the shutter, like a 5D3. The dampening on the shutter is absolutely superb considering the Ker-THUNK! of the H series shutters. I’m totally happy using this in a church and best of all, I can use it with the Spider Holster belt. It’s actually a nice fit because of the large surface area on the side. 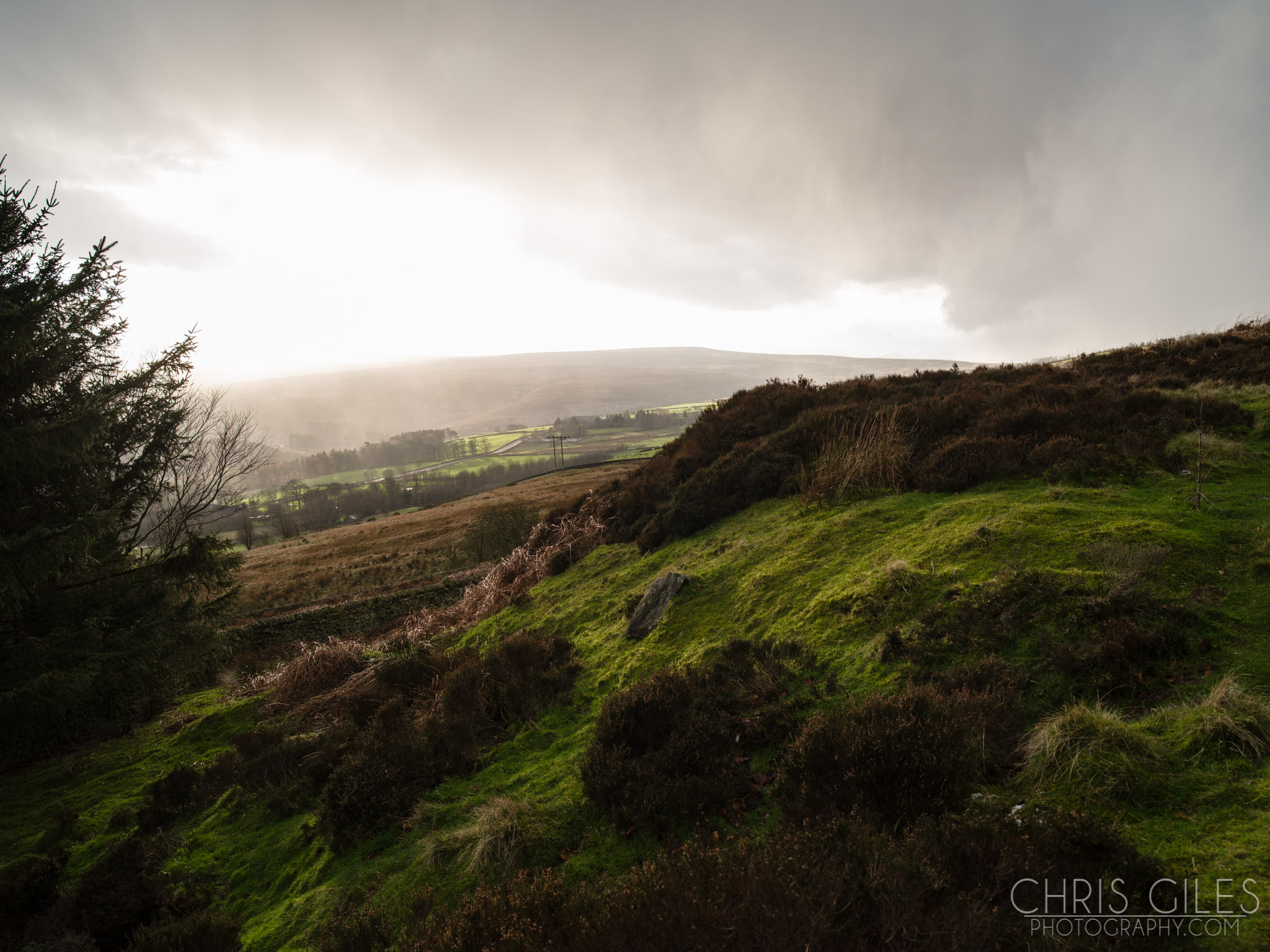 You might think you don’t need 50mp, then you get one of these, without the AA filter on the sensor and you fall over when you see the resulting image quality (Raw files are available on the last post).

The dynamic range of the sensor is jaw droppingly good. You’ve an easy 4 stops push. 5 with a bit of shadow noise but even from 5 stops under, you have to zoom in to see it. That’s one hell of an achievement and it opens new doors for creativity.

I know purists will say to get it right in the camera first off but sometimes you are in a situation you can’t. Having the ability there is a good thing. The highlights are similar to rescue as the Canon’s are. And the skintones are excellent. None of the typical Nikon green. It seems the tones have been nailed by Sony with this sensor. 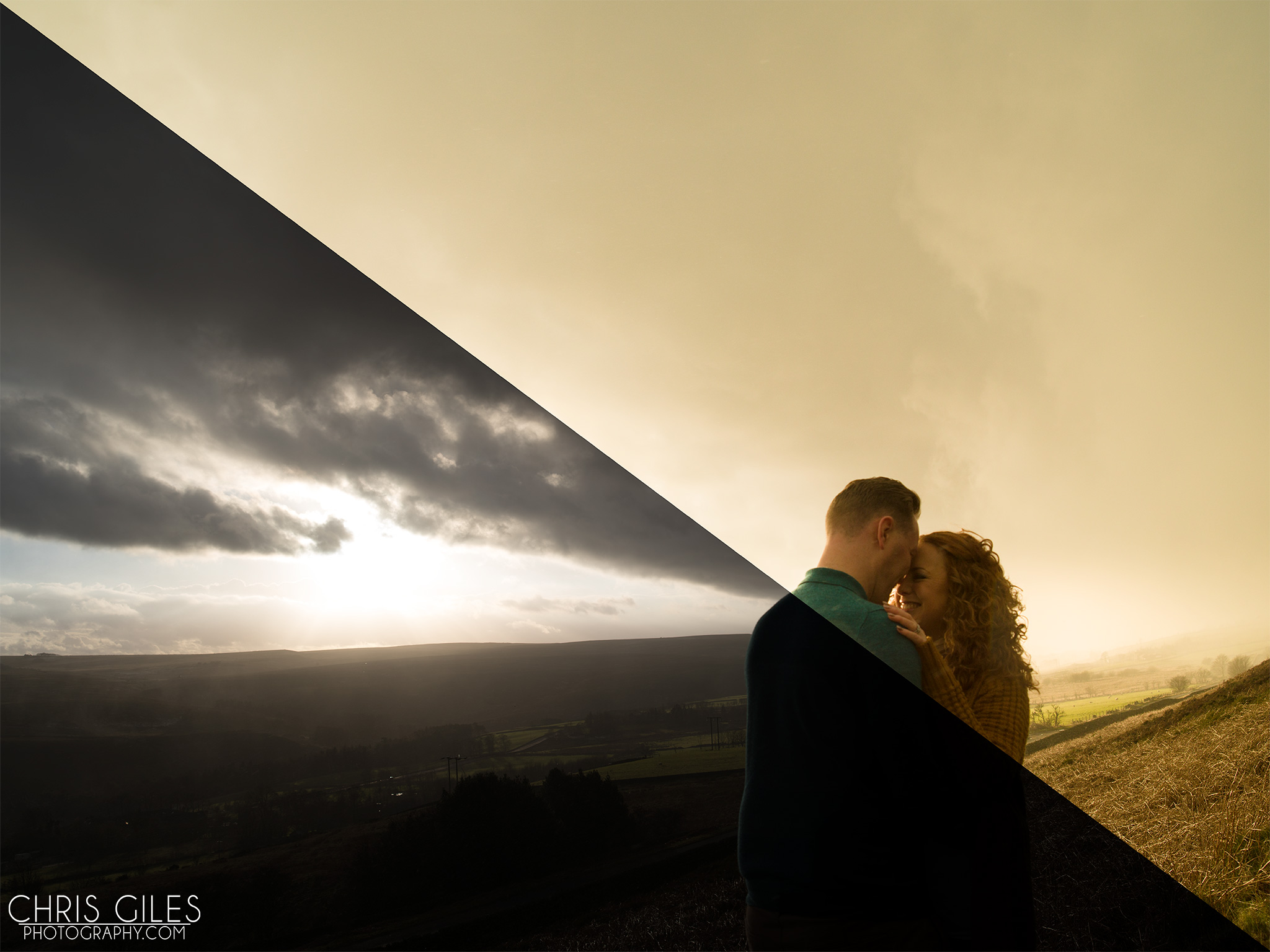 It’s a common technique to underexpose and protect the highlights then push in post.

The above image is where my normal wedding camera, the 1DX falls over. Shadows are just plain awful to push with any current Canon body. Below is a good example of the 645z vs the 5D3 when you stress the exposure: 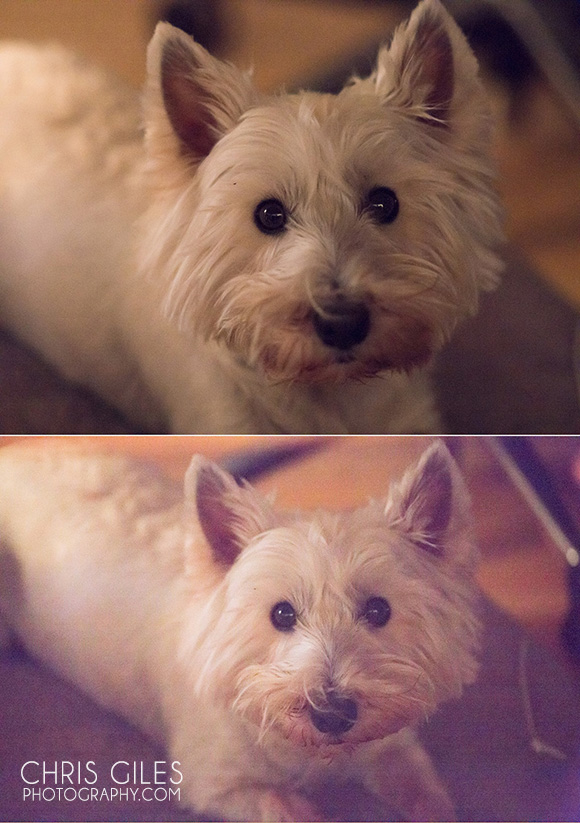 In use, the camera is intuitive. Dual card slots are welcomed by any professional. Multiple AF points even if closely grouped together are very handy although I would of liked them to of been bigger, so when they turn red to confirm AF lock I can spot them easier. No big deal really. It’s on my wish list for the next version though. 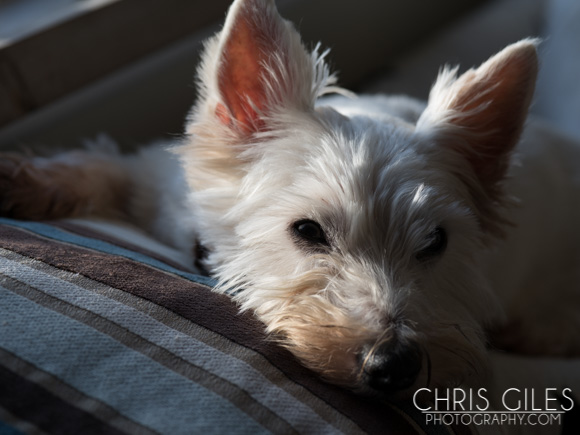 The colour gradients are unlike anything I’ve ever seen before. 120mm Macro @4.5, ISO400 (Different dog!)

It’s also exceptionally waterproof. I used it for a wedding where it was raining pretty much the whole time. So much so I couldn’t see through the viewfinder and had to resort to live view. 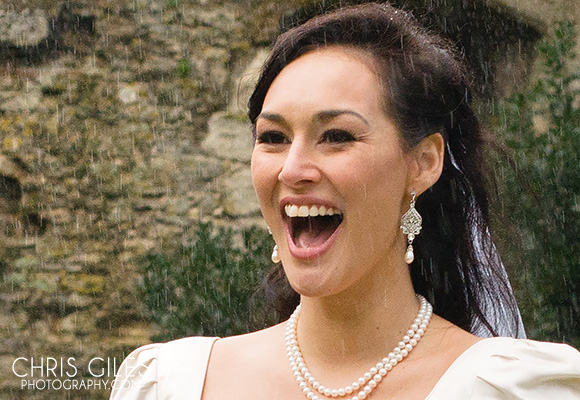 It’s rare to get brides this awesome. Especially when wearing vintage Dior. 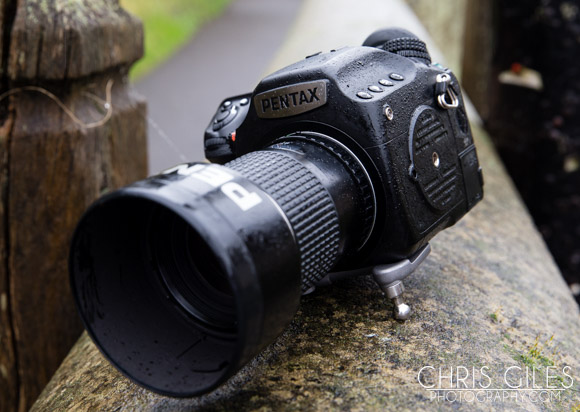 A January Wedding in heavy rain was a good test of the weather sealing in the 645z.

So I guess for this review I got lucky with the varying degrees of light and weather.

On another day I got caught up in a freak snow storm too, which turned into a blizzard. 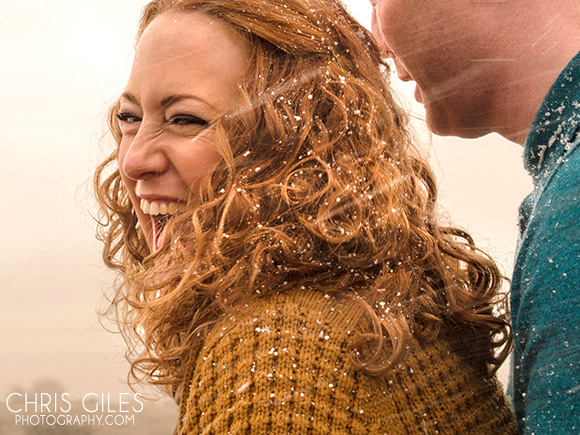 When I say it’s weather sealed, you’d better believe it!

The dials are all within easy reach and the AF is very accurate. On par with the 1DX in one shot. It’s not quite as fast as the 1Dx depending on the lens used because the older Pentax lenses are screw based AF but the newer D-FA lenses are SDM and go just as fast. Focus is just as accurate when acquired.

Another thing I’d like to settle about lenses and my draw to medium format is this. Regardless on what system you use. A 150mm lens is 150mm. Regardless of the sensor size. The easiest way to explain this is that assume you need to shoot a scene with a 35mm camera. To do so you have to use a 24mm lens. But on a medium format sensor you can use a 35mm and still capture the same image content (allowing for different framing of course). What this means is that whereas the 24mm can be a little wide and stretched the 35mm isn’t. 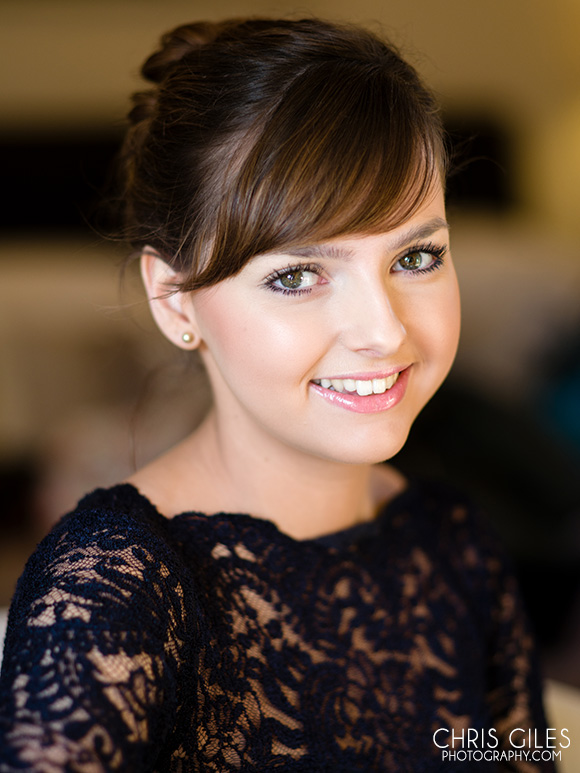 Another example. You’re shooting portraits with a 35mm camera using an 85mm lens. To get the same frame in a medium format you would use a 110mm lens. You will get the look of using a longer lens in every scenario and this results in a more pleasing look. Furthermore 2.8 on a 645z looks like F1.8 on a 35mm camera. Due in part, because of the longer reach and larger sensor.

The question is, do you feel a burning need to shoot at 1.4? Because the high ISO on this camera beats the Canon 1DX by 2 stops.

I also love the screen quality, the tilt option and the live view at a fabulous 16x zoom. You can nail anything at that zoom level! Battery life is also superb. Around 1000 shots per battery and it uses the same battery as most Pentax DSLR’s, something that third party companies like Energizer make. The 7.2 and 7.4 volt DL190 models fit. The Pentax one that arrives with the camera is 7.2v so I ordered another one, brand new, for £20.

The lenses have minimal distortion. Great for stitching panoramas and slowing your computer down.

The ISO performance on the 645z is astounding. When the Canon 1DX came out that was amazingly good in low light, the Z is better, factor in the exposure push and it’s a lot better.

The high ISO is one thing but the ability to push that ISO further is another, so here are some examples of higher ISO performance. 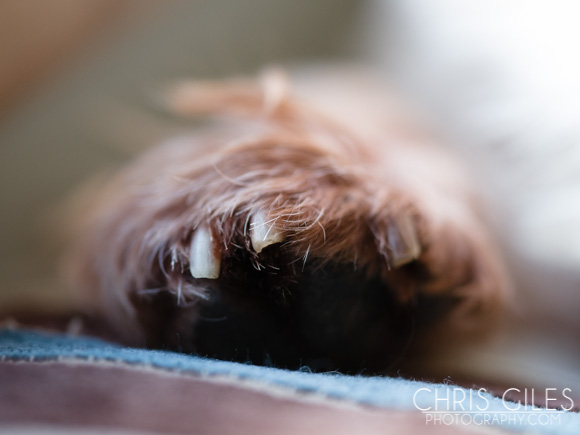 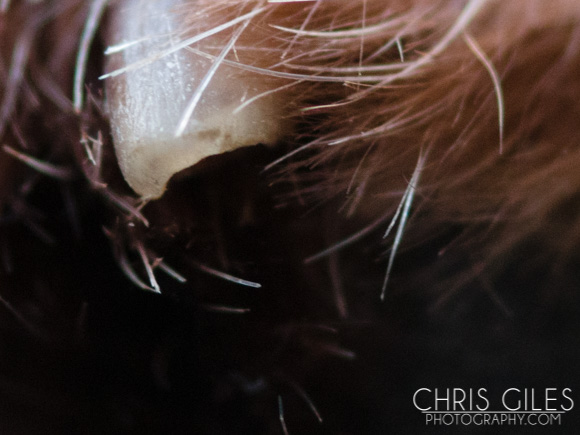 Same image, cropped. ISO 3200 and look at those shadows.

The next image shows how even at a high ISO, you can push things further. I did some rough testing with a correct exposure and then a deliberate underexposure pushed to the correct amount. There was almost no noticeable difference in the level of noise. With the 645z your exposure slider becomes the digital amp. 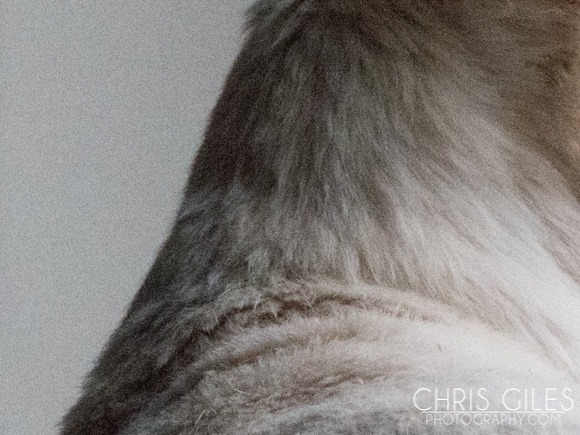 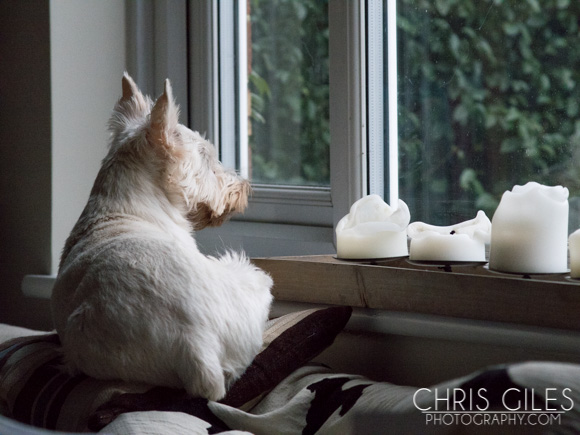 No noise reduction, no sharpening.

If ever you did want to treat the little noise that shows it’s going to be easier to treat it and retain detail with a 50mp file over a smaller one. It begs repeating, the last image above is ISO 12800 pushed almost 2 stops in post. You can’t see anything in the full frame. This is how far we’ve come in sensor design.

The max shot buffer on the 645z is 10 raw files. I think Jpg it’s something like 40 but I have to shoot Raw and the really interesting thing is that the fastest cards you need to have are 45mb/s

I tested some cards and here are the buffer stats:

These figures are based on DNG’s being written to a single card. Dual cards doesn’t take any longer.

It also doesn’t really matter which combination of files you write to the cards, PEF + JPG or just DNG. Other than TIFF files only, which adds a second or three more for those.

So in short, don’t spray and pray, but if you do spray and pray, think ahead. Shooting a couple leaving church and you could potentially have 2 shots left in the can for when they get outside.

But compared to Medium format it’s top of the range for speed.

Next: Part 3 – Lens options and CCD vs CMOS

Please use the comments to ask about anything I don’t cover here and I’ll do my best to help!