Here is Laura and Adam’s big bash from early May at College Farm in Norfolk, there’s a lot of photos here, but there’s so many great ones I had to leave them in!

This was my first time at College Farm, it’s a wonderful country venue with several distinct garden spaces around it, the whole site is very secluded.

I started my day with Laura at Vicarage House just down the road in Great Hockham. It’s more of a mansion than your typical house though and there was a massive amount of space for everyone to get ready before leaving for the farm.

Once at the farm Laura’s father parked alongside the field of Alpaca’s and the bridal party started to walk down to the outdoor ceremony area where the guests were waiting for the blessing to take place.

This wasn’t a strictly human wedding party, we had several instances of floof as a part of the procession and once they were all in place Laura’s father rowed her across the lake down to an teary eyed Adam.

After the blessing I had the pleasure of being part of the most epic confetti experience I’ve ever had. Confetti was handed out en masse via Jack the confetti pony who stayed around for most of the reception and with 140 guests there was a LOT of confetti to be thrown. Honestly, I’ve never seen so much confetti in. my. life. With a confetti dump of the remaining amounts at the end. Perfect!

Laura and Adam wanted their reception to be like a village fete, so after the initial meet and greet with canapes along with some family photos at the back of the house the Fete was officially announced with a ribbon cut and everyone was treated to a Coconut Shy, Splat the Rat, Space / Pony hopper racing, Welly Wanging and a Ferret run along with other things.

Halfway through this Laura, Adam and family headed into the house for their legal I-do’s and then we went for couple photos, speeches (where Adam’s mum started rapping) and then dinner followed.

We were there for most of the night, the band killed it and everyone was high on life the rest of the night. A perfect, high energy and free spirited wedding full of love. As it should be x 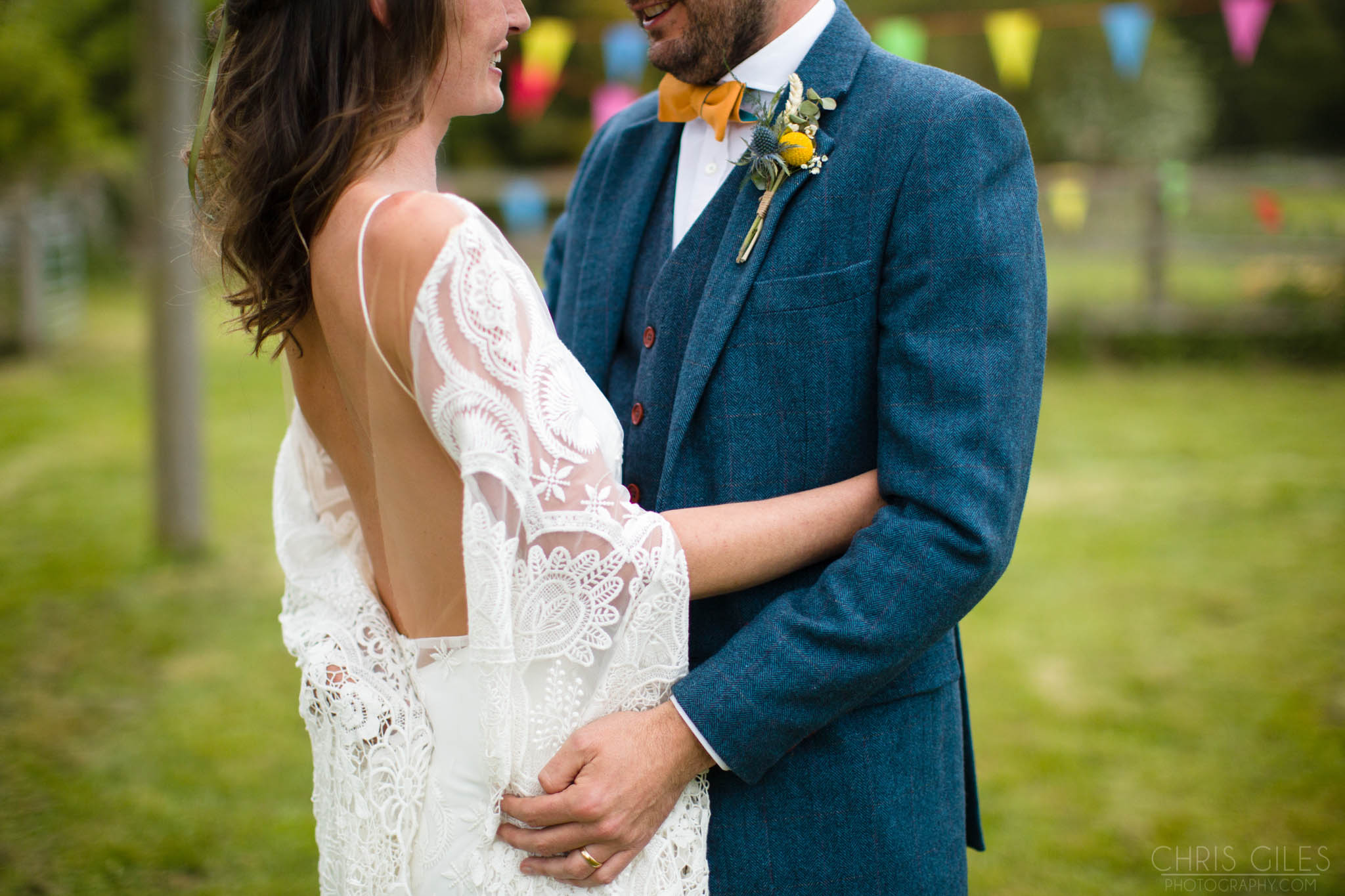